I’m a computer science professor at Georgetown University. In addition to my academic research, I write about the intersection of digital technology and culture. I’m particularly interested in our struggle to deploy these tools in ways that support instead of subvert the things we care about in both our personal and professional lives.

I’m a New York Times bestselling author of seven books, including, most recently, A World Without Email, Digital Minimalism, andDeep Work. I’m also the creator of The Time-Block Planner.

This page provides a detailed treatment of my ideas, my books, and my bio. For a more succinct summary of my work and my bio, as well as related resources like author photos and book jacket images, please see my media kit.

For those who are new to my work, I’ve created a short summary of the main ideas I’ve developed and explored in my writing over the years.

Ideas about Technology and Culture

In recent years, I’ve been primarily writing about the intersection of digital technology and culture, with a particular focus on our struggles to get these tools to serve out values instead of accidentally subverting them.  Here are some of the main ideas I’m developing…

After I finished my PhD at MIT in 2009, I began a two-year postdoc during which I entered the academic job market. For obvious reasons, I became interested during this period about the question of how one develops a satisfying and meaningful career, eventually developing the following framework:

When I started this blog in the summer of 2007, I was a graduate student who had written two student advice guides and was in the early stages of planning my third such book. Here are the main ideas I explored in these books and on this blog during these early years:

My first three books provided unconventional advice for students: How to Win at College (2005), How to Become a Straight-A Student (2006), and How to Be a High School Superstar (2010).

The “radical” idea behind these books was to treat the student reader as an adult and take the goal of doing well at school seriously (achieving this tone was helped by the fact that I was still a student when I wrote them).

As a graduate student, I was invited to speak about the topics covered in these titles at some of the country’s top universities, including Harvard, Princeton, MIT, Dartmouth, Middlebury, Duke, and Georgetown.

In 2012, I published So Good They Can’t Ignore You, which tackled the question of how people end up loving what they do for a living. The most controversial finding from my research was that “follow your passion” is bad advice.

I wrote this book during the period when I was preparing to enter the job market after graduate school — so the topic had an urgent personal relevance. The New York Times op-ed I wrote about the book’s ideas created a stir, becoming one of their most emailed articles for over a week.

In 2016, I published Deep Work, which argued that our ability to focus without distraction is becoming increasing rare (due, primarily, to distracting technology), at the same time that it’s becoming increasing valuable (as the knowledge economy becomes more cognitively demanding). As a result, those individuals and organizations who cultivate their ability to perform “deep work” will enjoy a major competitive advantage.

In the summer of 2017, I signed a two-book deal with Penguin Random House to continue the exploration of technology’s impact on society that I started with Deep Work.

The first book produced from this deal is titled Digital Minimalism: Choosing a Focused Life in a Noisy World, and it explores the benefits of radically reducing the time you spend online.

This book was a New York Times, Wall Street Journal, Publisher Weekly, and USA Today bestseller. It was named to best books of the month lists by Amazon, USA Today, and Time. (Click here for a more detailed list of related press and interviews.)

The second book is titled A World Without Email, and it argues that the way we work today — in which we constantly communicate through email and IM — is deeply flawed, and is a phase that the knowledge sector will soon move beyond. It is scheduled for publication in March, 2021.

In the summer of 2020, I started a podcast called Deep Questions, which reached a million downloads in its first six months. In the fall of 2020, I also published The Time-Block Planner, a daily planner and notebook that simplifies the process of implementing the time blocking productivity system that I’ve long used and advocated for on my blog, my podcast, and in Deep Work.

For the very few who might be interested, here’s a superfluously detailed biography. Shorter bios, as well as high resolution headshots and cover images, can be found in my media kit.

In my academic career, I specialize in the theory of distributed systems,  which means I spend more time proving theorems than compiling code. To date, I’ve published more than 60 peer-reviewed papers that have been cited more than 3,500 times.

In my writing career, I sold my first book to Random House in the summer after my junior year of college. At the time, I was the editor of the Dartmouth Humor Magazine (the Jack’o Lantern), and had been a humor columnist for the student newspaper.

I started blogging here at calnewport.com soon after the publication of my second book, and have been posting here regularly ever since. The blog is named “Study Hacks” because when I started it I was primarily writing advice for students. I famously, however, have never had a social media account (it turns out that this is allowed).

I currently live with my wife and three sons in Takoma Park, Maryland, in a cool old Victorian house that has a study with a fireplace and a custom-built library table where I do my deep work.

(COVID Update: Due to the need to turn my home study into a classroom for pandemic schooling, I’ve relocated my thinking efforts, and podcast recording, to my so-called Deep Work HQ; an office suite I maintain in downtown Takoma Park. I miss my library table…) 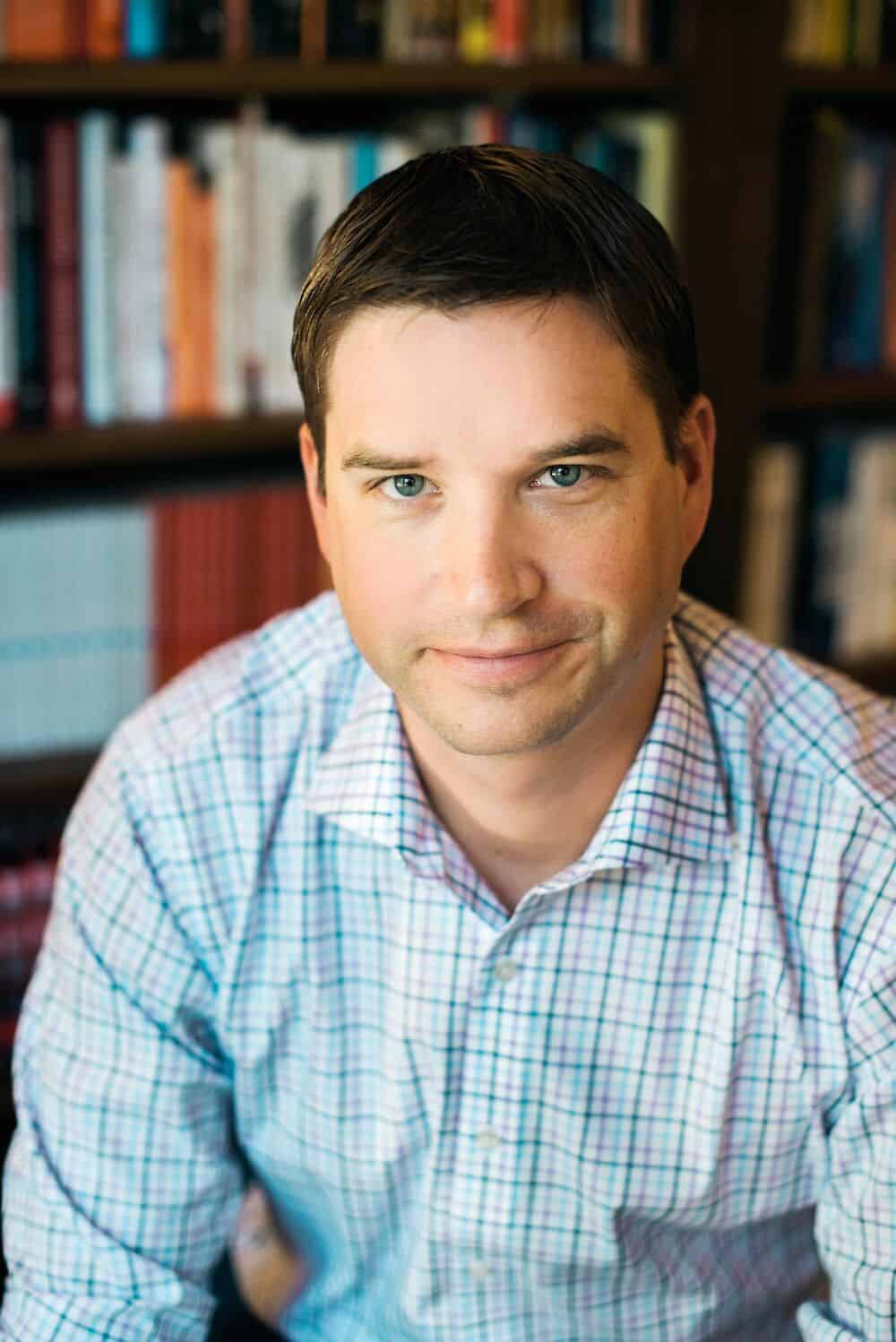