An Effectual Understanding of Impact

I’ve long been interested in the idea of the impact instinct: the ability for a trained professional to continuously generate big wins at a rate much higher than his or her equally well-trained peers (see here and here and here).

What explains this impact instinct?

A reader named Jason recently pointed me toward some interesting research relevant to this question. The topic is effectuation, a theory of entrepreneurial success devised by Saras Sarasvathy (see above), a professor at the University of Virginia’s Darden School of Business.

The origin of effectuation is a study Sarasvathy conducted in 1997. She traveled the country to interview 30 different entrepreneurs who founded successful companies (their company valuations were all measured in hundreds of millions of dollars). Instead of simply asking them their approach to business, she had each solve a 17-page problem set containing 10 decision problems relevant to introducing a new product. She asked that they talk out loud about their thinking, and then later scrutinized the transcripts of these sessions. The patterns she identified became effectuation theory.

In a nutshell, this theory notes that we’re used to thinking about problems (especially in the business world) using causal rationality. We identify a goal and then attempt to identify the optimal path to accomplishing this goal given our current resources. This process is top-down with the final goal occupying the apex position.

The entrepreneurs Sarasvathy interviewed did not rely on causal thinking. They instead relied on an alternative she called effectuative thinking.

Effectuative thinking, unlike causal thinking, is bottom-up. It doesn’t start with a final goal in mind. Instead, as Sarasvathy explains, “it begins with a given set of means and allows goals to emerge contingently over time.”

END_OF_DOCUMENT_TOKEN_TO_BE_REPLACED 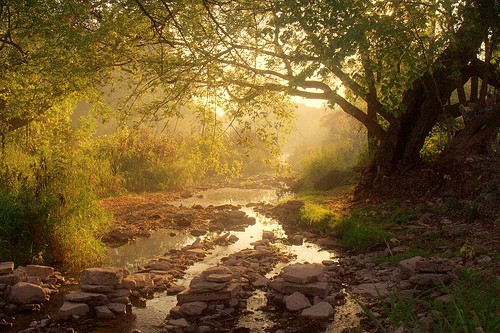 An Innovative New Voice in the Advice World

For the past six months, my friend Dale Davidson has been executing an epic project.

Eager to optimize his life, and frustrated with much of the advice he encountered online and in contemporary books and magazines, Dale decided to go back to basics and start drawing lessons from humankind’s most ancient and enduring philosophies and religions.

To do so, he focuses on one ancient philosophy or religion per month. During this month he chooses a core ritual to practice. He then extracts wisdom relevant to his  modern life from these ancient prescriptions.

The logic driving his project is simple. These systems have undergone centuries — and in many cases, millennia — of brutal cultural evolution. The ideas that survived this competition must have done so for a good reason: they work.

Why start from scratch in finding answers to life’s challenges, big and small, when you can reference the solutions human civilization has already painstakingly developed and tested?

I’ve been fascinated by Dale’s progress with this project, which he details on his Ancient Wisdom Project blog. I think more people should know about what he’s up to, so I asked him to write a guest post for me.

Below is the (epic) result. In the guest post that follows, Dale briefly summarizes the structure of his project, then identifies five contrarian tips he’s learned so far. To keep the article relevant to our recent discussions, I asked Dale to focus on tips relevant to career issues.

Some of the ideas below you may agree with and some you may not. But they should all get you thinking more deeply about how you approach success and happiness in your career…

Take it away Dale…

END_OF_DOCUMENT_TOKEN_TO_BE_REPLACED

How to Read Proofs Faster: A Summary of Useful Advice 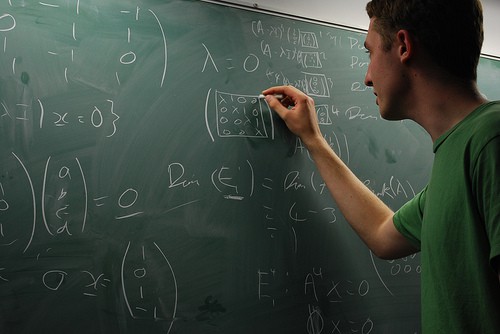 The Wisdom of  (Math Nerd) Crowds

A couple weeks ago, I complained that my academic paper reading speed was slower than I would like given its importance to my productivity. I asked for your advice and you responded with over 60 comments and numerous private e-mails.

My goal in this post is to synthesize the best ideas from this feedback, as well as the results of my own self-reflection, into a clear answer. In particular, I’ve identified three big ideas relevant to trying to read technical papers — and in particular those containing mathematical proofs — as efficiently as possible.

Idea #1: There are no magic bullets…

This conversation helped cement an idea that I’ve long suspected to be true (but sometimes resist):

To develop a detailed understanding of a published mathematical proof is an ambiguous process that requires multiple attacks and can take an unpredictable amount of time (not unlike proving something in the first place).

As a result, you must be selective about what proofs you decide to dig into, as the time commitment is potentially serious. In the study of algorithms (my field), for example, in most cases when reading a relevant paper it’s sufficient to dive down just deep enough to answer the following questions:

With experience, I’ve found that I can consistently produce this level of understanding within an hour (sometimes less if the paper is well-written or building on my own results).

This knowledge is not enough by itself to deploy or extend the technique presented in the paper, but it is enough to recognize future opportunities where this technique might be relevant to a problem you care about (at which point, you’ll have to dive deeper). In other words, maybe just one out of ten papers you read will end up proving directly useful to your own work, so it makes sense to learn just enough from the papers you read to identify whether or not they’re in that crucial 10%.

Idea #2: There are ways to be more efficient…

If you must understand the details of a proof, then in addition to the high-level suggestion from above of preparing yourself psychologically for a difficult battle, the following low-level strategies might also help:

Idea #3: But perhaps the best strategy of all…

Get the authors on the phone or pull them aside at a conference and have them walk you through the argument. Nothing is more efficient than having the original author fill in the details of his or her thoughts.

(This latter strategy, of course, becomes more available as your status in your field grows. It might not be advisable, for example, for a first year PhD student to apply it with too much regularity!)