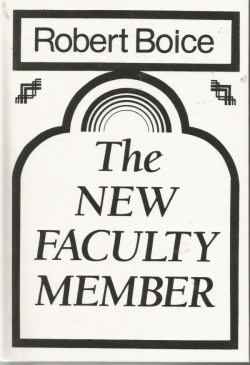 The advice in this short but dense guide is undoubtedly useful to people like me who are young professors hoping to inch into the exemplary category. But I noticed that Boice talked a lot about how his subjects struggled with both the autonomy and loneliness of their position — in which much is expected but little guidance is provided.

These seem like obstacles common to many entrepreneurial endeavors, which leads me to speculate that many of Boice’s findings should resonate well beyond the Ivory Tower. Put another way: if you replace above the word “write” with whatever verb captures the core value producing activity in your own entrepreneurial endeavor, Boice’s findings will likely seem suddenly quite relevant.