What Steve Jobs Meant When He Said “Follow Your Heart” 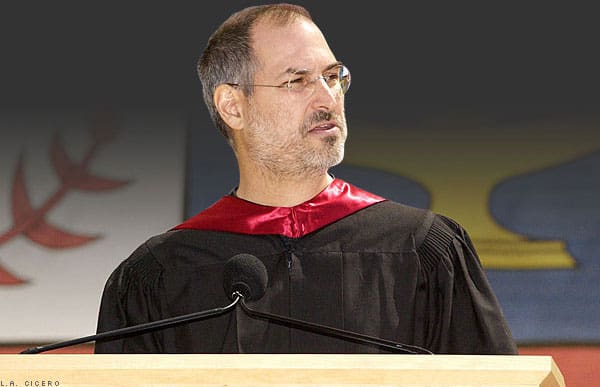 I opened my last book with Steve Jobs’s 2005 commencement address at Stanford University. Toward the end of the speech, I noted, Jobs said:

And most important, have the courage to follow your heart and intuition. They somehow already know what you truly want to become. Everything else is secondary.

Many people interpreted this suggestion simplistically, assuming that Jobs was telling them to follow their passion and everything would work out.

I argued in my book that this interpretation conflicted with Jobs’s own story. During the period leading up to Apple’s founding, there was no indication that Jobs felt any particular passion for technology entrepreneurship.

His company was, in many ways, a happy accident that evolved into a calling.

Fortunately, we gain new insight into this question from Brent Schlender and Rick Tetzeli’s excellent new biography, Becoming Steve Jobs. In this book, the authors (one of whom had a long term personal relationship with Jobs) devote a full chapter to dissecting the Stanford address, taking specific aim at his “follow your heart” line.

Not only do Schlender and Tetzeli provide needed nuance to Jobs’s advice, but they also end up providing one of the more sophisticated and useful interpretations of professional passion that I’ve heard…

The authors begin by acknowledging Jobs’s word choice skirts the border of cheesy:

Without the proof of Apple’s success, these words from the speech’s final chapter could be misread as the kind of shallow cheer-leading intoned by high school valedictorians.

But they then note that Jobs’s success buys him the benefit of the doubt:

…but what gives [the words] strength and power is that they come from someone who has proved their value in a corporate setting.

So what did Jobs’s mean? In a nice turn of phrase, the authors note that Jobs learned how to “modulate the potential solipsism of ‘follow your heart’“, elaborating:

Early in [Jobs’s] career, intuition had meant a shuttered confidence in the inventions of his own brain. There was a stubborn refusal to consider the thoughts of others. By 2005 intuition had come to mean a sense of what to do that grew out of entertaining a world possibilities. He was confident enough now to listen to his team as well as his own thoughts and to acknowledge the nature of the world around him.

In other words, Jobs was not suggesting that we all have a true calling that must be unearthed before you can begin your career.

He was instead arguing that as your professional expertise and power grow, you must resist the urge to be washed along in the flow of convention. It’s then that it becomes important  to integrate your maturing intuition — in full cooperation with your expert knowledge of your field and the realities of the world around you — to steer toward something that might leave a dent in the universe.

This is likely why, in another part of the speech, Jobs describes meaningful work by noting: “like any great relationship, it just gets better and better as the years roll on.”

The book quotes come around the 32 minute mark in Chapter 14 of the Audible.com audio version. All emphases are my own.