The Principles of Immersive Single Tasking 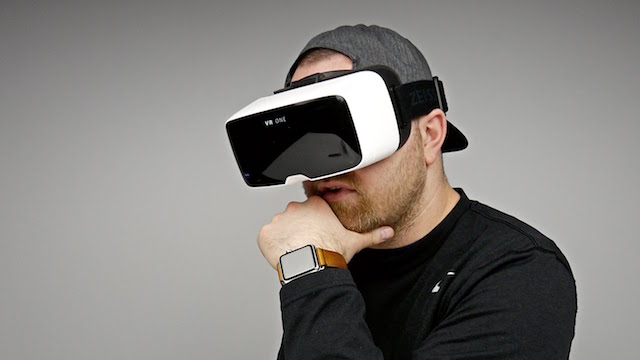 A few weeks ago, I wrote about an intriguing application of virtual reality: helping knowledge workers achieve hyper productive states.

To be clear, when I say “productive,” I’m not referring to the efficient processing of the types of shallow tasks that computers will one day soon automate (think: emails and administrative drudgery).

I’m instead talking about wringing the most possible value out of your brain as you work deeply on important objectives. In other words, the type of effort that’s becoming increasingly valuable in our 21st century economy.

I called this application of virtual reality immersive single tasking. In this post, I want to provide some more details about the key principles that I think will allow virtual reality to unlock this vision of hyper productivity.

As psychology professor Art Markman recently wrote in Inc., our brains are “time prediction machines.” They build patterns around how often we should check email and social media when in the context of our office and then automatically follow those patterns.

If your mind has learned to check email every 20 minutes when at your desk, Markman explained, then every 20 minutes it will automatically interrupt your current train of thought and redirect your attention to your lurking inbox.

“As a result [of this effect], deciding you want to pay attention to other work for longer stretches of time requires more than just making a resolution to be more diligent about reading for longer periods of time or engaging more sustained effort to work on a key report.  You have to disrupt the timing the brain has learned.”

Immersive single tasking offers a powerful tool to create this disruption. If you use virtual reality to bring yourself to an environment used only for deep work, your brain is not given the opportunity to ingrain new distraction patterns in this setting.

Artists, of course, have leveraged this effect for centuries by retreating to remote locations for creative work (c.f., here and here), but most knowledge workers cannot escape to a rustic cabin every time they need to think deeply.

One of the best known scenes from Steven Spielberg’s Minority Report is Tom Cruise using an augmented reality system to rapidly manipulate floating virtual images and videos with his hands. As Kevin Kelly reveals in his insightful new book The Inevitable, this scene was not pure fantasy. Spielberg assembled a team of scientists and futurists to help him understand what types of tools to expect in the future.

Virtual reality (and its close twins augmented and mixed reality) has brought us to this future. It will unlock many such forms of interactive visual cognition in which you can embody the concepts relevant to your deep work in informative visual objects.

When I recently demoed Tilt Brush on an HTC Vive, for example, I was struck by how useful such visualizations might be to my work in distributed algorithm theory. I imagined, for example, what it would be like if I could examine in three dimensions the behavior of a symmetry breaking strategy on a relevant set of graphs floating around me.

Similarly, imagine the metrics relevant to your business’s performance arranged around you into a literal data landscape, where interesting trends stand out as visually arresting features.

The sense of awe generated by encountering a sublime scene can lead to a state of expansive thinking well-suited to creative insight. (It also makes people happier and less stressed, among other benefits.)

Virtual reality, of course, is heralded as a source of digital awe, and is therefore well-suited to boost creativity.

This effect is perhaps best captured in images.  Imagine, for example, that you’re trying to craft a compelling chapter to open your new novel. While you grapple for inspiration, would you rather be looking at this: 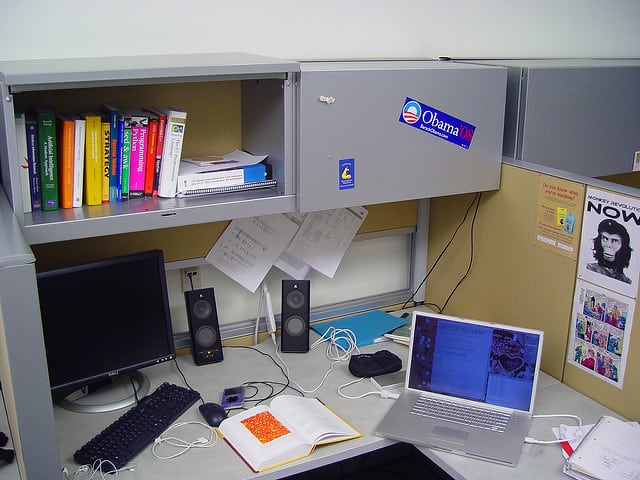 Or this (a screenshot taken from an Oculus Rift demo): 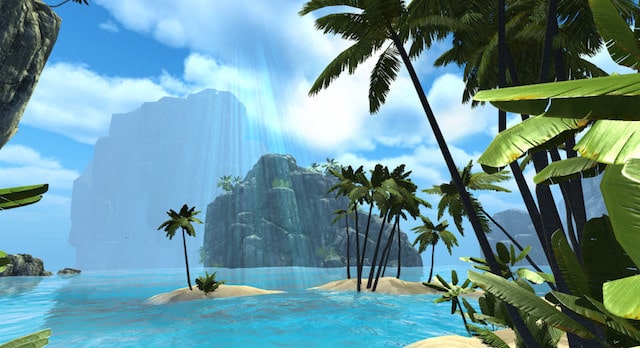 The concept of immersive single tasking is still new and my thoughts at this point are still preliminary. Accordingly, the above list of principles might change if this idea ever actually evolves.

But the underlying notion is one I continue to think is worth investigation. Technology is not always the foe of the type of important, impactful, meaningful, deep work I so often laud. If applied right, it can make such efforts far more common and effective.

At the same time, I should also note that I’m realistic enough to realize that immersive single tasking is probably not currently at the top of the list of VR priorities. But one can hope.

25 thoughts on “The Principles of Immersive Single Tasking”