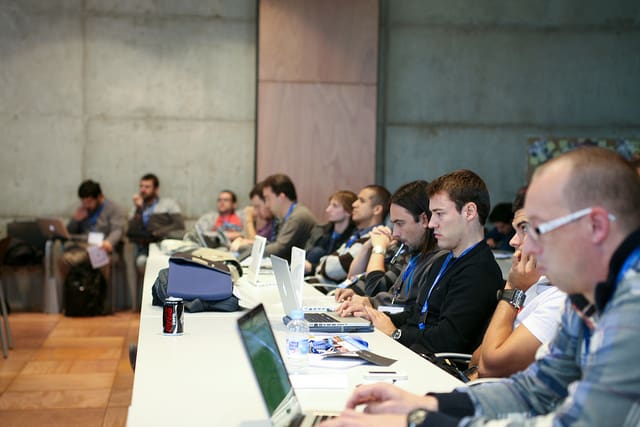 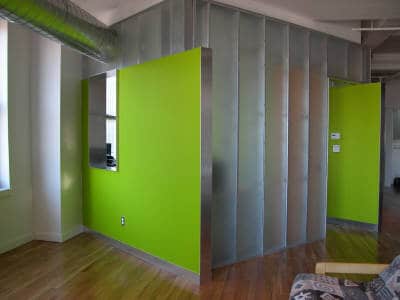 Notice it’s closed off. This is not an accident. Here’s the first item in the brief Spolsky gave his architect:

Private offices with doors that close were absolutely required and not open to negotiation.

Also notice that the office is attractive. The outside features translucent acrylic panels that glow with light. The inside is just as nice. Here’s a photo: 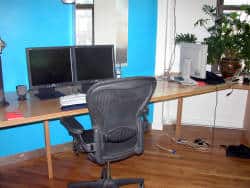 Each office has its own window. But in addition, in the wall behind the monitor, is a cut-out that frames the window in the next office. The goal is to allow the programmer’s eyes to gaze into the distance beyond the monitor, reducing strain. It also brings in light from two sides in every office.

This attractiveness is also not an accident. As Spolsky describes his motivation:

The office should be a hang out: a pleasant place to spend time. If you’re meeting your friends for dinner after work you should want to meet at the office.

This commitment to aesthetics is partly about recruiting, but also partly about the idea that environment impacts quality of work produced (c.f., my posts here and here on deep offices).

I’m not an architect or an expert in office design. But if I was investing a large amount of capital into human brains, I think I would increase this investment by just a little bit more (relatively speaking) to give the brains an environment where they could produce for me the most valuable possible output.

Spolsky was on to something…

22 thoughts on “The Opposite of the Open Office”