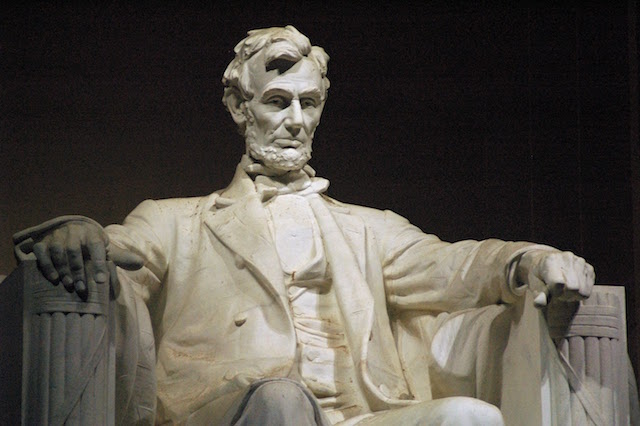 Many voters in our current election, on both the left and the right, are attracted to Sumner’s argument. Spurned Bernie Sanders supporters, for example, are looking to Stein as a way to protest attempts to push them into “settling” for the less inspiring Clinton, while disgusted Republicans, uneasy with Trump’s pliable relationship with truth and proto-fascist tendencies, are proudly declaring their intent to write-in a more favored candidate on the ballot.

Sumner would have applauded this commitment to one’s “duty” to do the right thing no matter what.

But not Abraham Lincoln.

He was sent to Massachusetts to push back against Sumner. As William Lee Miller summarizes in his exceptional book, Lincoln’s Virtues, the young Illinois congressmen came to preach an “ethic of consequences.”

Absent of divine revelation, Lincoln argued to the Massachusetts Whigs, the only responsible way to determine your “duty” as a voter is to leverage your “most intelligent judgment of the consequences.”

With respect to the 1848 election, Lincoln argued that votes for Van Buren would take away votes from Taylor and help ensure the election of Cass. That is, the ethical consequence of rejecting Sumner’s “two evils” would be to expand slavery — and to Lincoln, this couldn’t possibly be the right ethical decision for anti-slave voters, regardless of their personal feelings about Taylor.

As Miller paraphrases, Lincoln charges that we need to “discover our duty [through careful weighing of consequences], not [assume] duty to be self-defining, [or] to be taken for granted as revealed.”

I think, however, that Lincoln’s message to the Massachusetts Whigs can be condensed to something even more pithy: suck it up and get over yourself.

My reading of Lincoln (filtered through Miller) is that he found it immorally indulgent to use the voting both as a place to vent frustrations, or make a statement of principles, or send a message to your opponents.

While Sumner was consumed with self-righteousness, Lincoln was worried instead about the messy but necessary business of democracy: figuring out the option that gives the institutions of our fragile republic the best possible chance to keep functioning.

As we face an historically important election tomorrow, this message seemed particularly relevant.

I don’t normally post about politics because this is not a blog about politics. Last night, however, I was having a hard time sleeping and was up late re-reading Miller’s book. This was the chapter I opened to. It seemed providential given tomorrow’s election: so I thought it worth a post. Later this week we’ll be back to our regularly scheduled programming.

33 thoughts on “Abraham Lincoln’s Advice to Voters Unhappy with this Election: Suck it Up.”