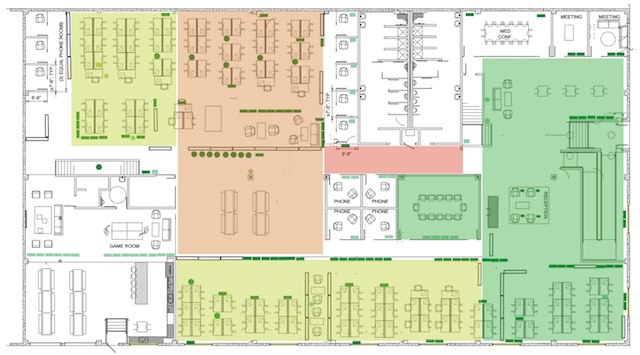 They then re-ran their original survey and discovered that the total time people spent focusing increased from 45% to 60%. As they explained: “In a purely numerical sense, you could equate that to hiring 10–15 people.”

What I like about this story is that the company identified the ability to focus as a tier one skill (indeed, they list it as one of their four “core values”), and then made concrete, data-driven changes to better support it.

In recent years, when interviewed about my writing, I often predict that a transformation away from our current ad hoc, noisy, distracted way of working into something much more structured and effective is not only inevitable, but will happen fast once it gets going.

When you see a company like Segment essentially find 15 free employees by rearranging their desks to support more deep work, you get a glimpse of the type of humble experiments that will spark a major revolution.

My friend Rob Montz is an incredibly talented, up and coming documentary filmmaker based out of DC. On Wednesday (Nov. 1st), he’s hosting a sneak preview screening of his new documentary short, “The Quarterlife User Manual,” which, in his words, “lays out the core rules a newly minted college grad should follow to secure a meaningful job.” It also features yours truly, among many other more famous subjects. If you’re interested in seeing the sneak peak (which will be held in We Work — Manhattan Laundry, in the Columbia Heights neighborhood of DC), send an email to robmontz@gmail.com to request a spot on the guest list…I only ask that you applaud loudly whenever I appear on screen.