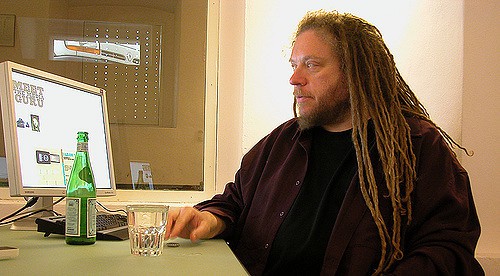 The authors note that a core resource of the digital economy is the data produced by users of services like Facebook and Google, which can then be used to train machine learning algorithms to do valuable things like precisely targeting advertisements or more accurately processing natural language.

The current market treats data as capital: the “natural exhaust from consumption to be collected by firms” for use in training their AI-driven golden gooses.

Lanier and company suggest an alternative: data as labor. Put simply, if a major platform monopoly wants your data to help build a multi-billion dollar empire, they must pay you for it. Offering a free service in return is not enough.

The idea of treating data as labor, which might require massive intervention in the form of user unions and government regulation, is an example of a radical market, an emerging concept in economic theory in which new markets are constructed specifically to act as countervailing forces to existing markets that are causing trouble.

To Lanier et. al., the data as labor radical market could defend against our worse fears about AI stealing our jobs by more equitably distributing the spoils of this next technological boom — supporting a middle class of “data workers” who find dignified employment in providing the quality data the boom will require.

To be clear, I’m not fully convinced. As Lanier himself admits, more formal analysis is needed to explore whether the vague notion of a dignified data worker class is actually feasible (regardless of the difficulties inherent in enforcing such a system). But I love the discussion.

The attention economy is not a minor bubble or teen fad, it’s a major force in our society that deserves the type of serious analysis that thinkers like Lanier and his economist coauthors are demonstrating. I hope this trend of careful but radical thinking continues.

For a nice introduction to Lanier, I suggest Ezra Klein’s recent podcast interview, as well as Lanier’s epochal 2010 manifesto, You Are Not a Gadget. He also just published an acclaimed memoir titled Dawn of the New Everything.

23 thoughts on “On Seriously Rethinking the Digital Economy”