A phenomenon I noticed when researching Digital Minimalism is that many people are confused by the creeping unease they feel about their digital lives. This confusion is caused in part by problems of scope.

When you take an activity like social media, for example, and zoom in close, you isolate behaviors like commenting on a friend’s picture, or encountering an interesting link, that seem mildly positive. What harm could there possibly be in clicking a heart icon?

When you zoom out, however, the cumulative effect of all this swiping and tapping seems to add up to something distinctly negative. Few are happy, for example, after allowing yet another movie night to devolve into side-by-side iPad idling.

The dynamic at play here is that digital activities that are mildly positive in isolation, combine to crowd out other real world activities that are potentially much more satisfying. This is what allows you to love Twitter in the moment when you discover a hilarious tweet, but at the end of the day fear that the app is degrading your soul.

Understanding this dynamic is critical because it tells you that you cannot improve your life by focusing exclusively on digital tools. Triaging your apps, or cutting back phone time, will not by itself make you happier. You must also aggressively fill in the space this pruning creates with the type of massively satisfying, real world activities that these tools have been increasingly pushing out of your life.

It is with this in mind, and in the spirit of the New Year, that I suggest you make a simple resolution: join analog social media.

END_OF_DOCUMENT_TOKEN_TO_BE_REPLACED 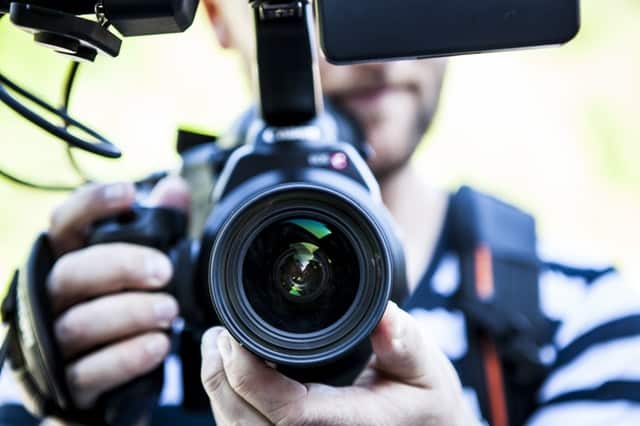 As a public critic of social media, I’m often asked if my concerns extend to YouTube. This is a tricky question.

As I’ve written, platforms such as Facebook and Instagram didn’t offer something fundamentally different than the world wide web that preceded them. Their main contribution was to make this style of online life more accessible and convenient.

My first independently owned and operated web site from the 1990s, for example, required me to learn HTML and upload files to a server at a local ISP using FTP. Ten years later, expressing yourself online became as easy as using your student email address to open an account at thefacebook.com, and then answering some questions about your relationship status and favorite movies.

Before it came along, there were not many options for individuals to publish original video content online. Now this can be done for free with the click of a button, which is an important shift. Many content creators I know see the democratization of video as a force that’s shaping up to be as disruptive to traditional media as the preceding arrival of web sites.

And yet, at the same time, many of the people I spoke with while researching Digital Minimalism admitted that idle YouTube browsing is devouring more and more of their discretionary time, and they’re not happy about it.

So what’s the right way to think about YouTube: is it fundamental to the internet revolution, or just another source of social media distraction?

The best answer I can come up with for now is both.

On the positive side, video is powerful. Enabling more people to create and publish video will therefore unleash powerful creative innovation. (It will also, of course, enable the creation of more insipid and brain-dulling content as well, but this is an unavoidable feature of any publishing revolution, from Gutenberg onward).

On the negative side, YouTube’s attention economy revenue model, supercharged with statistical recommendation algorithms, creates a browsing experience that can suck you into a powerful vortex of distraction and creeping extremism that cannot possibly be healthy.

Perhaps the best way to emphasize the positives of online video while diminishing its negatives is to deploy a hybrid indie web approach.

Imagine an online world in which people hosted their innovative video on large, big-infrastructure platforms like YouTube or Vimeo, but then embedded the players on their own independent web sites. This would allow users to find interesting new video content by leveraging the same style of decentralized trust hierarchies that structure the blogosphere, instead of relying on artificial statistical algorithms tuned to optimize attention extraction.

Because YouTube came along at exactly the moment when broadband penetration made online video practical, we never had a period of indie experimentation before the market consolidated into platform monopolies. I think it’s worth exploring what we missed.

END_OF_DOCUMENT_TOKEN_TO_BE_REPLACED 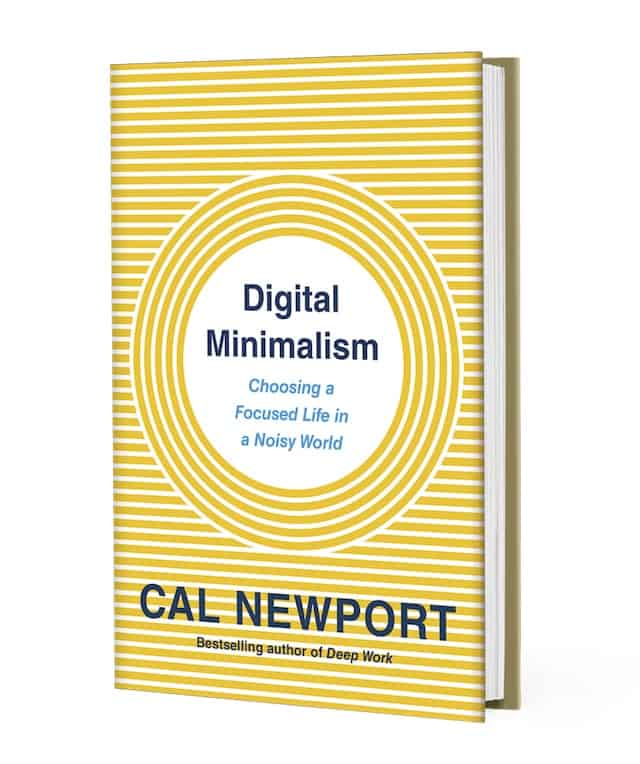 A Manual for a Focused Life

I’m excited to officially announce my new book, Digital Minimalism: Choosing a Focused Life in a Noisy World, which will be published on February, 5th.

My last book, Deep Work, tackled the impact of new technologies on the world of work. After it came out, many readers began asking me about the equally important impact of these tools on their personal lives. This new book is my response.

In it, I argue that we have been too casual in adopting alluring new technologies, and as a result our quality of life is diminishing. To solve this problem I propose a philosophy of technology use called digital minimalism in which you radically reduce the time you spend staring at screens, focusing on a small number of digital activities that strongly support things you deeply value, and then happily ignoring the rest.

In addition to arguing why minimalism is a necessary answer to our increasing digital discontentment, I take the reader inside the vibrant subculture of digital minimalists who have already found great satisfaction and authentic meaning in taking back control of their technological lives — highlighting the key principles they use to succeed in adopting this philosophy.

(Among other things, you’ll learn the detailed story of the digital declutter experiment I ran last January as part of my book research, which ended up growing to over 1,600 participants and receiving coverage in the New York Times.)

I will, of course, be writing quite a bit more about these ideas and this book in the weeks ahead. My purpose for now is mainly to bring you up to speed on what I’m up to.

As a final logistical note: if you have already preordered this book, or are planning to preorder it, hold on to your digital receipt, as I’ll soon be offering a large preorder package — including advance content from the book, a detailed look inside my personal productivity systems, and access to private Q&As — as my way of saying thank you. (Preorders are incredibly important for a book launch, so I’m incredibly grateful for anyone who takes the time to support me in this way.)