Ray Bradbury Got It Exactly Right 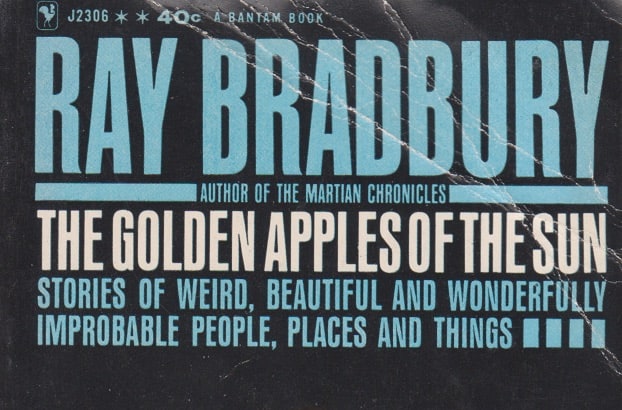 Ray Bradbury’s short story, The Murderer, first published in his 1953 collection, The Golden Apples of the Sun, begins with a psychiatrist arriving at a mental hospital. He’s there to see a prisoner named Albert Brock, who calls himself: “The Murderer.”

When the psychiatrist enters the interview chamber, he frowns. “Something was wrong with the room.” He soon realizes the problem: the wall-mounted radio has been torn down and smashed.

As the psychiatrist sits down, Brock reaches out and quickly steals the visitor’s wrist radio, crunching it in his teeth like a walnut, before handing back the ruined device with a smile, explaining: “That’s better.”

It’s soon revealed that Brock is not imprisoned because of any harm he caused to other people. His crime was instead the wanton destruction of all the information, entertainment, and communication devices in his life: he fed his phone into his kitchen garbage disposal, shot his television with a gun, poured water into his office intercommunication system, stomped his wrist radio on the sidewalk, and spooned ice cream into his car’s FM transceiver.

As Brock elaborates, he’d become fed up with the constant communication, distraction, manipulation and digital anxiety that defined the near future world in which Bradbury’s story is set:

“It’s easy to say the wrong thing on telephones; the telephone changes your meaning on you. First thing you know, you’ve made an enemy. Then, of course, the telephone’s such a convenient thing; it just sits there and demands you call someone who doesn’t want to be called. Friends were always calling, calling, calling me. Hell, I hadn’t any time of my own. When it wasn’t the telephone it was the television, the radio, the phonograph…When it wasn’t music, it was interoffice communications, and my horror chamber of a radio wristwatch on which my friends and my wife phoned every five minutes.”

These changes were not the result of an Orwellian imposition, but had instead emerged naturally; unexpected cultural side effects of innovations that were celebrated when first introduced:

“It was all so enchanting at first, the very idea of these things, the practical uses, was wonderful. They were almost toys, to be played with, but the people got too involved, went too far, and got wrapped up in a pattern of social behavior and couldn’t get out, couldn’t admit they were in, even.”

It becomes clear that the psychiatrist cannot relate. “Can I go back to my nice private cell now, where I can be alone and quiet for six months?”, Brock finally asks.

Confused, the psychiatrist heads back to his office, where he renders his dismissive prognosis: “Seems completely disoriented, but convivial. Refuses to accept the simplest realities of his environment and work with them.”

He recommends commitment of an “indefinite” length, before his attention is drawn away:

“Three phones rang. A duplicate wrist radio in his desk drawer buzzed like a wounded grasshopper. The intercom flashed a pink light and click-clicked. Three phones rang. The drawer buzzed. Music blew in through the open door. The psychiatrist, humming quietly, fitted the new wrist radio to his wrist, flipped the intercom, talked a moment, picked up one telephone, talked, picked up another telephone, talked, picked up the third telephone, talked, touched the wrist-radio button, talked calmly and quietly, his face cool and serene, in the middle of the music and the lights flashing, the phones ringing again, and his hands moving, and his wrist radio buzzing, and the intercoms talking, and voices speaking from the ceiling…”

All the while, The Murderer relaxes in luxurious silence.

If we could bring Bradbury forward into our current moment, he’d look around, nod his head with resignation, then quip: “Yep. This looks about right.”

21 thoughts on “Ray Bradbury Got It Exactly Right”