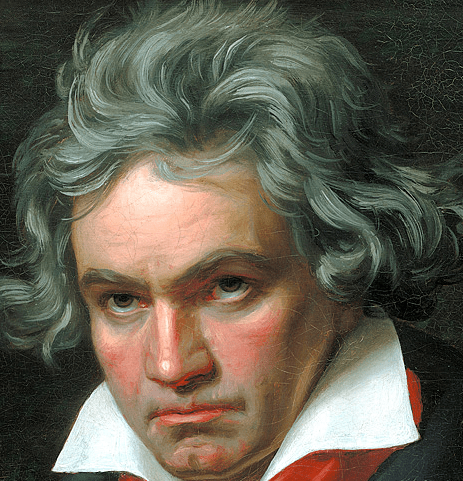 “It seems a mystery that Beethoven became more original and brilliant as a composer in inverse proportion to his ability to hear,” writes Brooks.  “But maybe it isn’t so surprising.”

As Brooks elaborates, Beethoven’s diminished hearing limited the influence of “prevailing compositional fashions.” Whereas his earlier work was “pleasantly reminiscent” of his instructor, Josef Haydn, his later work was spectacularly innovative. “Deafness freed Beethoven as a composer because he no longer had society’s soundtrack in his ears.”

There are multiple lessons lurking in this tale. In his op-ed, Brooks argues that Beethoven teaches us about the rewards that can be cultivated in response to loss; an important message, to be sure.

What struck me, however, was the degree to which silence paradoxically allowed Beethoven to hear something new.

In our current techno-cultural moment, we’re constantly connected to a humming online hive mind of takes and urgency and quantified influence. I’ve lost count of the number of times I’ve been told I was missing out because of my absence from this scrum. I needed to “build my brand,” or be exposed to more interesting people and important ideas, or plugged into the tick tock of the big events of the day.

But it’s also clear to me that much of my deepest work came from periods of relative disconnection; when I was living a life defined largely by the demands of my young family, a big stack of books, a deep leather chair, a few hours a week in front of new students on an old university campus, and endless miles walking and thinking — often in the woods.

Hemingway wrote For Whom the Bell Tolls overlooking palm trees in sleepy Key West. Lincoln pondered the Emancipation Proclamation amidst the relative peace of the Old Soldiers’ Home. Rowling completed the Harry Potter epic ensconced in the opulent quiet of the Balmoral Hotel.

Sometimes, it seems, there’s long term advantage in removing “society’s soundtrack” from your ears, even if in the moment the absence is acute. As Beethoven so vividly demonstrates, you can’t really hear yourself until you’re able to turn down the volume on everyone else.

(Hat tip to Fabrice for sending me the Brooks column.)

53 thoughts on “On Beethoven and the Gifts of Silence”