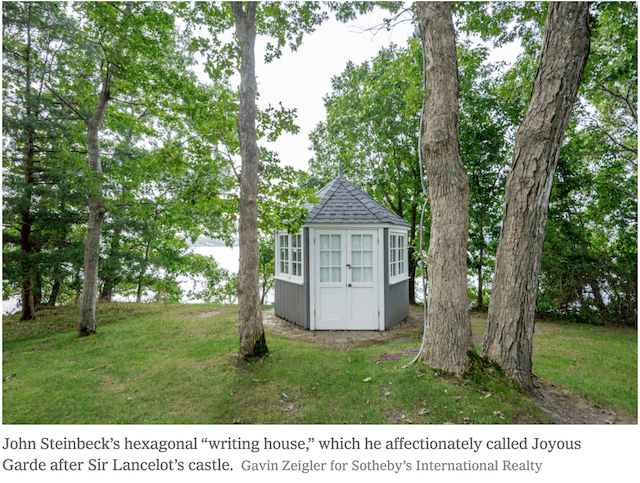 It’s hard during our current moment of Zoom-schooled pandemic overwhelm to imagine anything more distant than the hard-drinking, free-flowing, Parisian idleness of the Lost Generation, but their underlying suspicion of busyness is worth highlighting. We shouldn’t strive to literally replicate Steinbeck’s summer lifestyle — though, admittedly, there have been more than a few times in recent months when day drinking at The Black Buoy seems just about right — as it’s ensconced in its own cultural moment. I don’t imagine, for example, Steinbeck ever worried about interrupting his conversations with Truman Capote to take his kid to urgent care.

But in these specific rhythms is a metaphor for something more generally true.

Steinbeck was “productive” in any practical sense of the word: he wrote 33 books and won a Nobel Prize for his efforts. But he wasn’t busy. In our current moment, by contrast, ambition is intertwined with overload — as if aspirations can only be alchemized in the heat generated by frenetic, hyper-connected digital motion.

An afternoon spent admiring Steinbeck’s little fishing place hints that we might not have this quite right.