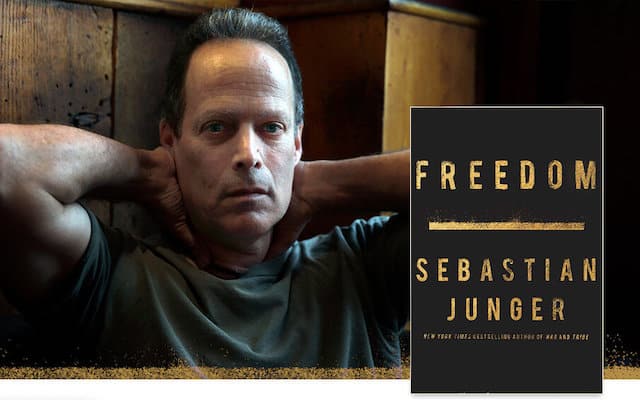 “It helps to be in a place mentally and physically where you can focus. Some people can do that in New York [where Junger has an apartment], and I can do that, too. But on the Cape, it’s easier to achieve that focus. The property that I have is really tucked away from other people and I can go for days without seeing or hearing another human being.”

This commitment to focus seems to have paid off, as Junger went on to win a National Magazine Award and an Oscar Nomination, become a contributing editor at Vanity Fair, and publish five more acclaimed books, including his most recent, Freedom (which I recently read and quite enjoyed).

I couldn’t help but think about Junger’s hidden Cape Cod retreat when I browsed his Twitter feed earlier today. As might be expected, his timeline is thick with tweets from the past few months, promoting his new book. But if you scroll on it suddenly starts to bounce across long expanses of digital radio silence: a tweet on July 2019, then nothing until two tweets in April 2020, then silence again until February of this year.

Instagram is even sparser. Junger didn’t have an account on the platform until just a few months ago, and his feed contains only a collection of promotional images from the book, likely dumped en masse by a publicity assistant.

This online modesty isn’t really surprising. It’s hard, I imagine, to get lost in the superficial din of that glowing screen in your hand when outside your window is a quiet woods, only partially muffling the sound of crashing waves beyond. That’s the type of space that inspires one to instead orient their attention toward the deep and the slow.