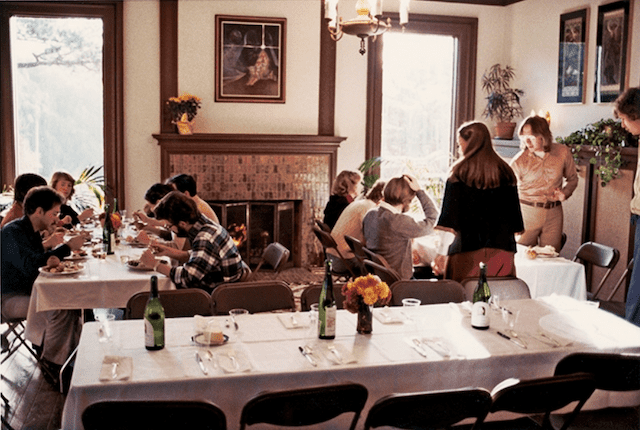 The movie was a major hit, earning over $60 million in its first year alone, before eventually going on to rake in $250 million in the decades that followed. Given that Graffiti was made on a shoestring budget of only $775,000, it still ranks as one of the most profitable movies of all time. Lucas, of course, enjoyed immense personal benefit from this success. His fledgling production company, LucasFilm, received $4 million from the movie in 1973, an amount worth over $16 million in today’s dollars.

I recently read about this particular beat in Lucas’s long narrative in Chris Taylor’s exhaustively-researched 2014 book, How Star Wars Conquered the Universe. As Taylor details, Lucas resisted the urge to follow the path of his friend Francis Ford Coppola, who had made a fortune the previous year with the runaway success of The Godfather, and then promptly spent the money on a “massive” Pacific Heights mansion and a private jet lease. He and Griffin instead bought a rambling Victorian house on Medway road in the Marin County village of San Anselmo.

What caught my attention most, however, is what Lucas did next.

According to Taylor, Lucas worked from old photographs of the house to reconstruct a two-story tower, including a fireplace and wrap-around windows offering a scenic view of nearby Mount Tam. It was in this tower, in the two years that followed, that Lucas sequestered himself most afternoons to sit at a three-sided desk he built out of old doors and grind out a new script for a movie concept that had long fascinated him, but was proving immensely difficult to reduce into a digestible story. His working title for the project: “The Star Wars.”

To my dismay, I couldn’t locate any extant images of Lucas’s writing tower. (The best I could find was the photo reproduced above, which shows Lucas in the house at Thanksgiving in 1977.)  But as with last week’s essay about Eoin Colfer devising the mega-bestselling Artemis Fowl series in a well-constructed backyard shed, I think this case study underscores the more general point that, for professional creatives, spending money to upgrade the aesthetics of your workspace is not just an exercise in expression, but is perhaps instead one of the best business investments you’ll ever make.