A Tale of Two Applied Mathematicians

Over the past few months, I’ve been working on an interesting research problem. My collaborator and I are taking some math tools typically used to analyze computer algorithms and are applying them to human behavior. Our plan is to publish in a specialized computer science conference. Because the work is different, we assume it might be an uphill battle to gain notice at first.

By itself, this story is not that relevant to our goal of decoding how people build remarkable lives. It gains new importance, however, when we contrast it to the actions of another researcher — someone with a phenomenal talent for remarkablilty, who once faced an eerily similar situation.

END_OF_DOCUMENT_TOKEN_TO_BE_REPLACED

An Effectual Understanding of Impact

I’ve long been interested in the idea of the impact instinct: the ability for a trained professional to continuously generate big wins at a rate much higher than his or her equally well-trained peers (see here and here and here).

What explains this impact instinct?

A reader named Jason recently pointed me toward some interesting research relevant to this question. The topic is effectuation, a theory of entrepreneurial success devised by Saras Sarasvathy (see above), a professor at the University of Virginia’s Darden School of Business.

The origin of effectuation is a study Sarasvathy conducted in 1997. She traveled the country to interview 30 different entrepreneurs who founded successful companies (their company valuations were all measured in hundreds of millions of dollars). Instead of simply asking them their approach to business, she had each solve a 17-page problem set containing 10 decision problems relevant to introducing a new product. She asked that they talk out loud about their thinking, and then later scrutinized the transcripts of these sessions. The patterns she identified became effectuation theory.

In a nutshell, this theory notes that we’re used to thinking about problems (especially in the business world) using causal rationality. We identify a goal and then attempt to identify the optimal path to accomplishing this goal given our current resources. This process is top-down with the final goal occupying the apex position.

The entrepreneurs Sarasvathy interviewed did not rely on causal thinking. They instead relied on an alternative she called effectuative thinking.

Effectuative thinking, unlike causal thinking, is bottom-up. It doesn’t start with a final goal in mind. Instead, as Sarasvathy explains, “it begins with a given set of means and allows goals to emerge contingently over time.”

END_OF_DOCUMENT_TOKEN_TO_BE_REPLACED 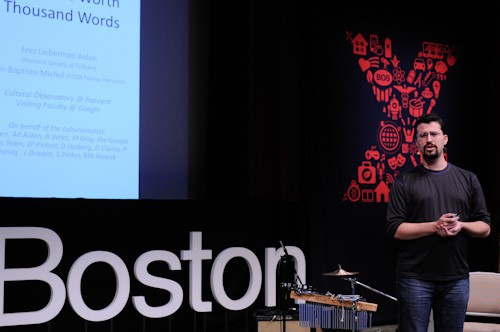 END_OF_DOCUMENT_TOKEN_TO_BE_REPLACED

The Importance of Auditing Your Work Habits

I had to travel unexpectedly last weekend, so I missed my normal household chores. This morning, I woke up to the lawn picture above. Because I don’t have class or meetings scheduled today (a miracle!), I decided to take an hour or so to clean things up.

I never mind working outside, as it has the nice effect of moving my thoughts beyond the immediate future, and allowing me to perform a bigger picture audit of where things stand in my life. Today, I was thinking a lot about my work habits.

By the time I had the lawn looking like this…

…I had wrapped up some nice epiphanies.

END_OF_DOCUMENT_TOKEN_TO_BE_REPLACED

I’ve been writing recently about the impact instinct — the ability to consistently steer your work somewhere remarkable. We know that diligently focusing on a single general direction and then applying deliberate practice to systematically become more skilled, are both crucial for standing out. But true remarkability seems to also require this extra push.

Since writing these posts, readers have sent me an amazing collection of quotes and articles that provide supporting details for this idea. Reviewing these resources, I noticed that the following systematic strategies — let’s call them algorithms — seem to pop up again and again.

Below, I summarize these algorithms, each of which I named for someone remarkable who exemplifies it: I don’t know that they’re all right; I don’t know which work best; but they should provide nuance to our understanding of the impact instinct.

END_OF_DOCUMENT_TOKEN_TO_BE_REPLACED

What You Know Matters More Than What You Do

I recently had an interesting conversation with some colleagues. We were talking about a young researcher in our field who happens to be absurdly productive — typically publishing four or five important results each year. In other words, this is someone with a highly-developed impact instinct.

As you might expect from a group of assistant professors, we were interested in figuring out his secret.

The easy answer is that he’s simply better than most people at solving hard problems. Perhaps where you or I might get stuck, he, in a flash of Good Will Hunting-style brilliance, taps the chalkboard four times and the proof is solved.

Some of my colleagues, however, have collaborated with this star researcher, and could therefore paint a more nuanced picture. He is quite talented, it turns out, but not at what you might expect…